During its February 2021 Direct presentation, Nintendo announced Splatoon 3. The next game in the unique third-person shooter series is scheduled for release on Nintendo Switch in 2022. It looks like it could feature a much different tone than the previous two games, too.

The teaser trailer, which you can watch below, begins in a desert-like wasteland. It shows off character customization, including skin tone, eye color, and hairstyle; notably, it appears that none of the customization options are tied to gender selection, as was the case in the previous Splatoon games. The trailer also shows off a handful of weapons, including a brand-new bow, and some classic Turf War action.

Splatoon 3 says goodbye to Inkopolis and instead takes place in the Splatlands, a new region with a new city: Splatsville. Both the Splatlands and Splatsville were shown off in the trailer, which shows the created character taking a train from the apocalyptic outskirts into the city.

Splatoon 3 is a "full-fledged sequel" and is coming to Nintendo Switch in 2022. No further release date information was given; Nintendo has said it will reveal more details at a later date. Nintendo has not usually released more than one game in a multiplayer-focused series on the same console. However, with Splatoon's campaign modes and other content, it may make more sense to do a full sequel here than it does for other genres. 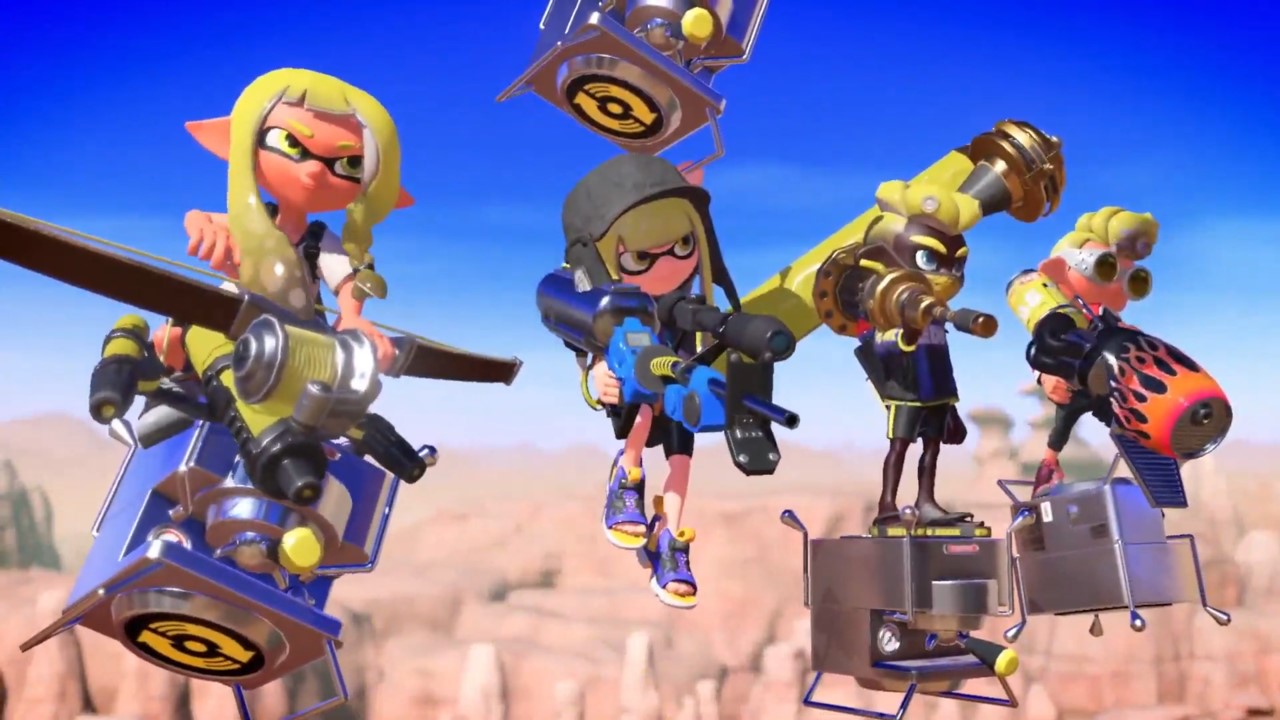