Produced by CyberConnect2 and published by Aniplex, Siya Co., Ltd. is available for sale in Asia. It is scheduled to be released in 2021 and is scheduled to be released in 2021.ヒノカミBlood Wind Tan)" (PS5, PS4, Xbox Series X|S, Xbox One, PC), the Japanese official announced today (7) the three characters "Ghost Demonology" of Tanjirou, Kamen Nidou, and Tomioka Garden" version.

"Komemo Gakuen·Kamamon Tanjiro" is a stubborn boy who is polite, but has repeatedly violated school rules because he insists on wearing earrings left by his father. "Komemo Gakuen・Kamamon Nidouzi" is always lying in bed. Unbelievable level, a girl who bites on French bread, "Ghost School: Tomioka Yoshiyuki" is a physical education teacher who adopts Spartan education; these three characters will each display a variety of profound meanings.

"Demon Slayer: Blade" is a TV animation based on the manga works serialized by Kotoharu Koiseharu in Shueisha JUMP COMICS as the original work. The cumulative circulation of episodes 1 to 23 of the original booklet has exceeded 150 million copies. The animation began in April 2019. The story begins with the story of Tanjiro, a young man whose family was brutally killed by a ghost, and entered the "Ghost Killing Team" in order to transform his sister, Nidouzi, into a human being. The sorrow stories between people and ghosts described in this work, as well as the fighting of ghosts, swords and shadows, as well as comedy plots that appear from time to time, have gained extremely high popularity. "Ghost School" is an extra extravaganza. 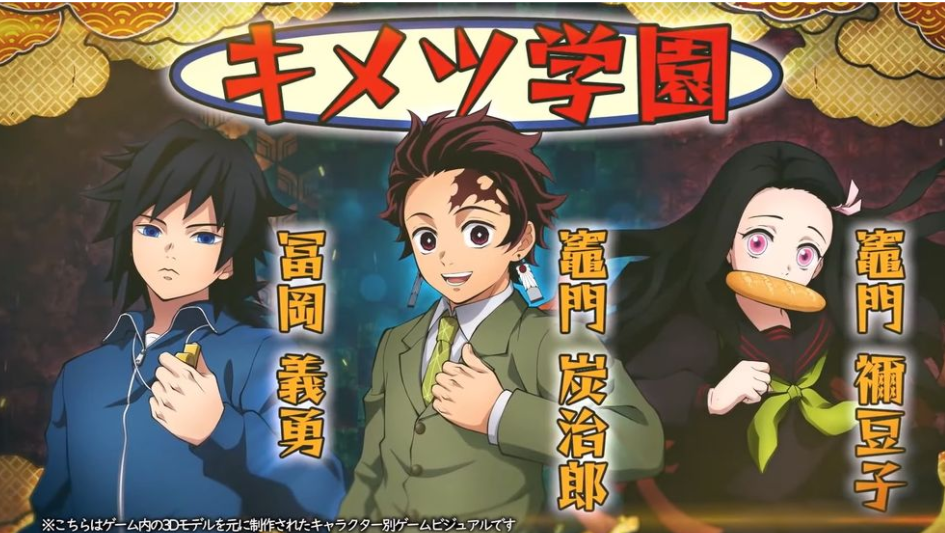