"La Jie and Clark: Time and Space Special" shuttles through time and space between the fingers of the complete tower PS5

"La Jie and Clark: Time and Space Special" shuttles through time and space between the fingers of the complete tower PS5

Although the console shipments were not as expected due to the epidemic, players who were fortunate enough to buy the PS5 could finally usher in this long-awaited exclusive masterpiece "Rajet and Clark: Time and Space" on June 11. This new work developed by Insomniac Games under Sony Interactive Entertainment (SIE) for the PS5 console not only fully utilizes the amazing hardware performance of the PS5, but also has made considerable progress in terms of screen performance, gameplay and various aspects. But specifically, what are the attractions of this new work? Let everyone know what happened through the following report!

Basically, the plot of this time can be understood 80% from the first real machine demonstration. The story narrates that Rajet and Trak, who have become heroes in the previous work, were stolen by the villain Dr. Nephalis in a commemorative event that could travel through time and space. After a battle, the dimensional machine accidentally got out of control, opening a gap in time and space between several dimensions, causing the two to be teleported to another dimension that Nephalis won and separated. The two will have to act separately, while cooperating with the Lombarx man "Levitt" of this dimension, while looking for clues to repair the dimension machine, and find a way to protect the peace of the dimension.

Of course, the main game of the game is the dimensional shuttle realized by the unique high-speed SSD reading technology of PS5. There are many yellow space-time cracks scattered on the game map. As long as the player aligns the crosshair with the crack, he can throw the space tether and move to the crack instantly. And the whole process is completely seamless without reading. In addition to simply advancing, there are even many designs that require the use of cracks to move at a high speed, even a combination of parkour, zipline, and even combat challenges. Use the cracks to move quickly in the fierce battle, but only this new work can feel the fun!
reference:https://gnn.gamer.com.tw/detail.php?sn=216211 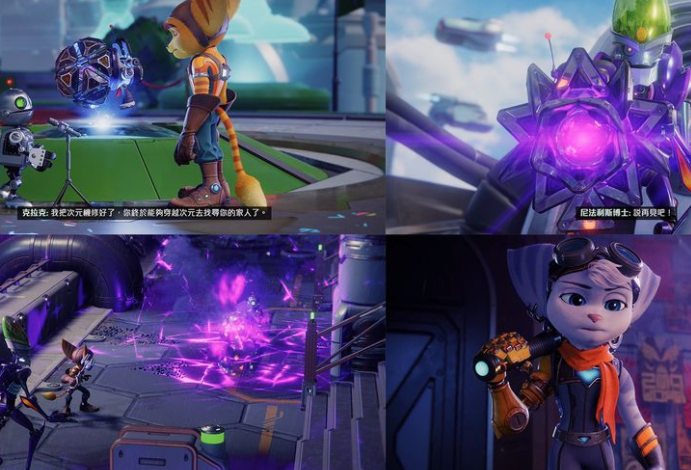