Halo Infinite's cosmetics are about to get cheaper

Halo Infinite's cosmetics are about to get cheaper

When the free multiplayer portion of Halo Infinite launched last year, players weren't super thrilled about its microtransactions. Cosmetic items seemed expensive, and customization options that had been standard in previous Halo games were locked behind paywalls. While cosmetics could be earned by completing challenges, people who wanted these rewards focused on challenges instead of playing the objectives, which frustrated other players. It was a bit of a mess.

That's all about to change as Jerry Hook, head of design at 343 Industries, explained on Twitter. "Starting Tuesday, the Shop experience will vary week-to-week. We are focused on reducing pricing across the board, providing stronger values in our bundles, starting to put individual items outside of bundles, and more."

Hook clarified further in the replies. When one complained that "you wouldn't have to do all this if you had ways of earning credits in game", Hook said, "I think we need to do both." In response to the question, "are you able to provide more info on the new prices?" Hook simply said: "Lower".

These changes to the shop should roll out just ahead of the planned hotfix for Big Team Battle matchmaking. Complaints about the cosmetics being boring were somewhat alleviated last month when the cat ears were introduced, because who doesn't want to look like a puma in a Halo game? 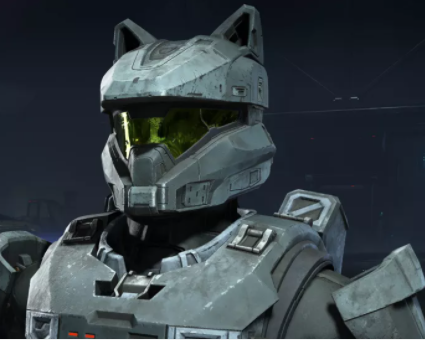