Digital board game Pandemic has been delisted from Steam without explanation

Digital board game Pandemic has been delisted from Steam without explanation

Asmodee Digital's Pandemic, based on the popular co-operative board game published by Z-Man Games, was quietly delisted from Steam on January 6. The mobile version is no longer available to buy either, though owners can still download any version they've already bought.

Though no official announcement has been made, one player contacted Asmodee support and was told via email that, "We have worked hard over 4 years on Pandemic and withdrawing it from the stores has not been an easy choice. This decision was made with a heavy heart for a multitude of reasons that we cannot disclose." The email also claimed that Pandemic would be leaving the Xbox store on January 31, and Switch by the end of July.

Pandemic is no longer mentioned anywhere on Asmodee Digital's website. A look at the Wayback Machine shows that its page was removed in November or December of 2021. However, one digital version of Pandemic remains—on browser-based tabletop gaming platform Board Game Arena, which Asmodee bought last year. You can play Pandemic there for free right now, and with online multiplayer, something the Steam version didn't have.

When a planned Pandemic giveaway on the Epic Games Store was canceled in 2020, it was assumed to be a matter of sensitivity given the Covid-19 pandemic was in its early stages. It seems a bit late to follow up for the same reason, so presumably there's something else behind this delisting—especially since Pandemic's still on Board Game Arena. I've contacted Asmodee Digital for comment, and will update this story if I get a reply.

In December, holding company the Embracer Group announced plans to acquire Asmodee in a deal worth €2.75 billion (over $US3 billion). 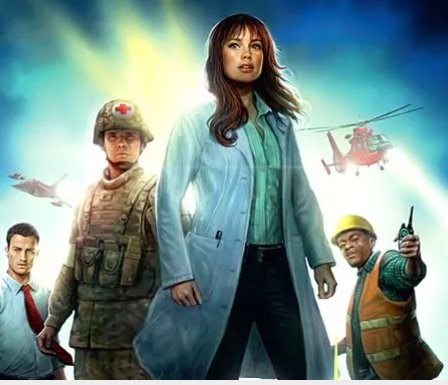