Elden Ring may have recently surpassed Dying Light 2 as Steam's most wishlisted game, but Techland's upcoming open world zombie game is still a highly anticipated release. There was recently a bit of hubbub over Techland's claim that it will have up to 500 hours of content for completionists to take on, but even that high estimate probably only takes into account what will be available on launch day.

Techland recently announced via the game's official Twitter account that Dying Light 2 will receive at least five years of post-launch support, including new content like events, locations, storylines, and in-game items. Dying Light 2 looks to have a pretty expansive open world, one with a significant amount of both horizontal and vertical space given its emphasis on parkour and climbing, so Techland could have a lot of real estate to work with in the coming years for adding new quests and objectives.

It's an encouraging development for this much-hyped release, especially as it does not seem to be contingent on any sort of subscription or battle pass. In addition to the free content updates Techland announced via Twitter, Dying Light 2's official website also indicates that the game will receive at least two more substantial paid story DLCs. Dying Light 2 will be released on February 4. 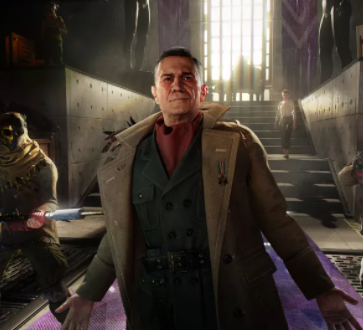