We're at the point with Rainbow Six Siege where just about everything has been done. There are a lot of operators, arguably too many, who can breach a wall, pilot a camera, or lay a trap. But with plans to add 4 new operators every year, Ubisoft is looking outward to create interesting new characters. Sens, Siege's newest attacker, feels like the product of one popular shooter in particular: Valorant.

Sens is a rarity for Siege: a 1-speed, 3-armor attacker who doesn't carry a shield. The only other ops in that class are Gridlock and Fuze, two supporting ops who are fun but nonessential. Sens, on the other hand, packs a gadget that may become an instant favorite for Siege's most serious Ranked players. It's called the ROU, and it's basically a rolling donut that creates a vision-blocking wall of light in its wake.

Think of the ROU as a smoke grenade that's been flattened into one long Fruit By The Foot. It's as silly and sci-fi as it sounds, and I'm pretty into it. Take a look:

Sens loadout
Gadget: ROU light wheel (3)
Primary guns: POF-9 assault rifle (New), 417 DMR
Secondary guns: SDP 9mm, Gonne 6
Secondary gadgets: Hardbreach, claymores
The ROU is more than "like a smoke grenade," though. It's essentially the ultimate smoke grenade. Sense has three wheels, and each one is capable of slicing an entire room in half for about 12 seconds. Sens' light wheels strike me as a major upgrade to your bog-standard smoke cloud, especially when it comes to planting the defuser—when you can't see half the room, it's a lot harder to guess where the planter is and shoot through the smoke. Fans of Valorant will recognize Sens' wall is a clever adaptation of Phoenix's fire wall ability. 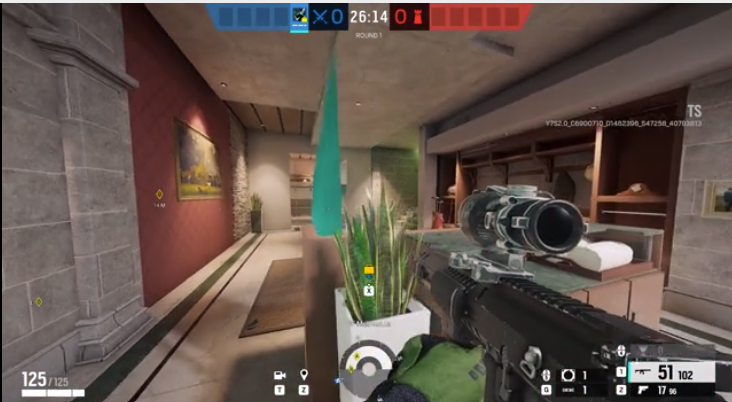