Stumbling into the first boss after slashing through a riverside village beset by demons, I begin to chip away at a screen-dominating health bar with my looted purple ninja knife.

Only a little falls off before it roars, plunging me into a dark world and then summarily killing me with its saw-bladed cleaver. Sure. I've played Dark Souls. I know you're not meant to be able to beat the first boss. This is just flavour. And then I respawn, and realise that, no, this is just the start of the mountain to come. Nioh 2 runs and plays beautifully.

Ever since Dark Souls set the world alight, FromSoftware have had plenty of imitators come for the crown. Often, even the better ones come with the caveat of not being as good. Nioh 2, though, evolves what was already unique about Nioh into something that Team Ninja can very much call their own. It might be operating in the same genre space, but Nioh 2 has its own flavour, and it’s like nothing else out there. 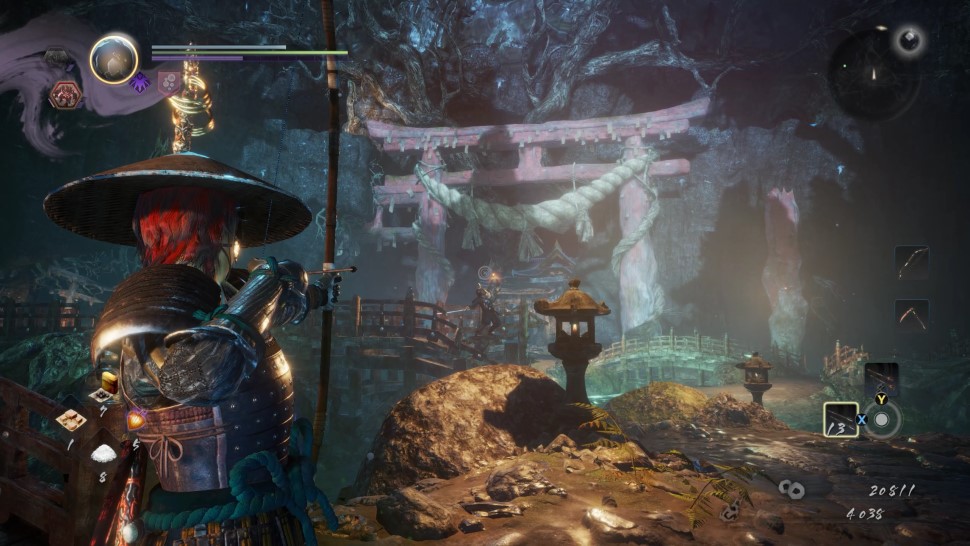