In 2019, Player Unknown Battlegrounds (PUBG) became the talk of the world. The population in playing PUBG is skyrocketing. That triggers the similar game skyrocketed too such as Fornite and Apex Legends. Recently, Super Animal Royale is standing out. Super Animal Royale is an indie, 2D, top-down, third-person battle royale game which is developed by Pixile Studios and is published by Modus Games for Microsoft Windows and macOS.

There are three modes for players to join the 64-player match such as solo, duos, and squads. The player controls different animals which use diversified weapons and firearms to kill others from a 2D overhead perspective. In order to win the match, the player needs to be the last person or team standing. Players are able to collect animal DNA for awards which are for unlocking different animal characters. Furthermore, experience points that allow the player to level up and gain access to new potential specials will be granted based on the player’s performance. Moreover, cosmetic items will be obtained that can be used to customize an animal’s appearance such as shirts, hats, mustaches, and glasses.

At first, the player will spawn in a non-combat area until the timer counts to zero. When the timer counts to zero, the match begins. Each player parachutes from a large eagle onto the battlefield. Before collecting any weapons from the battlefield, the player only carries melee weapons. The player needs to collect weapons, protective armor, health juice, and a grenade as their first priority after landing. On the battlefield, there are some hamster balls that can be used as transportation or protection.

Super Animals Royale is a simple and fun game. The gameplay is easy to make the player feel satisfied even though they are not the last ones standing. And players are easily addicted to the game as players are willing to keep trying until they win the match. It is one of the games you will not willing to miss out on. 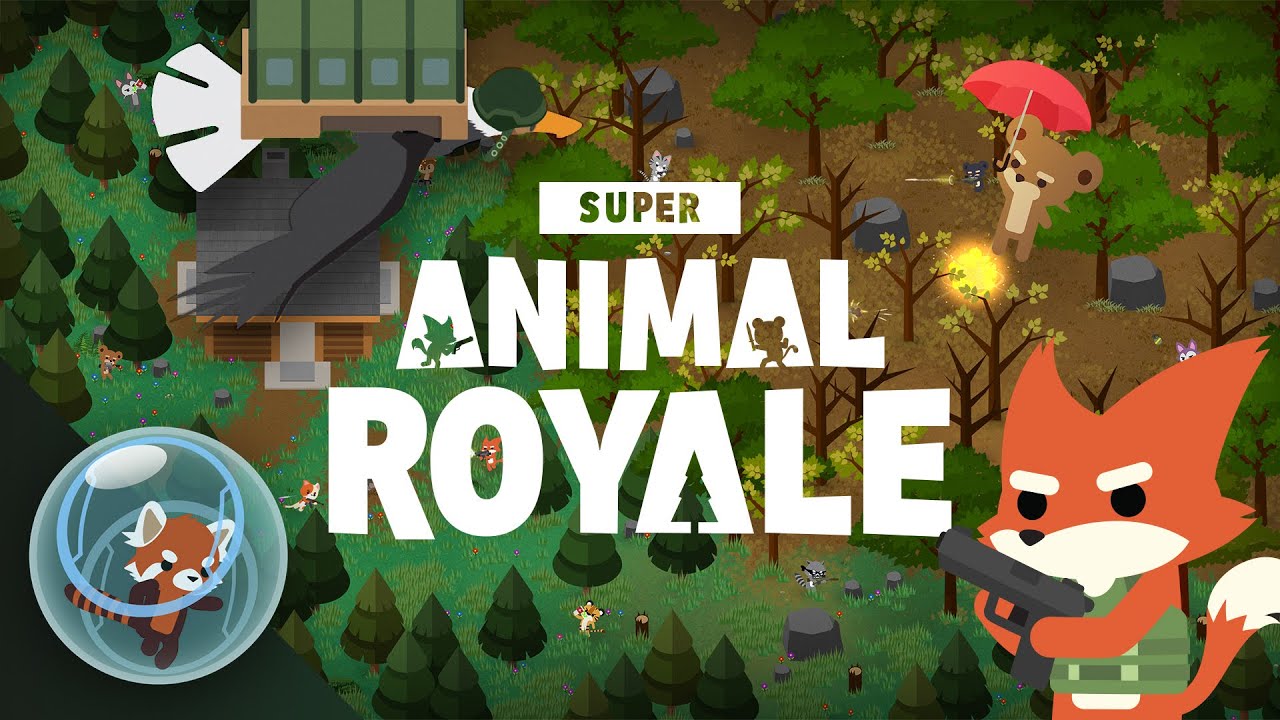