Being a 27-inch monitor, the first thing that will stand out about the 27GN950 is that it isn’t very big. Among the massive ultrawide monitors and 32-inch 4K behemoths, this 27-inch panel is a breath of fresh air as its focus is purely on a crisp image. There is no LG logo to be found on the front of the panel, and without a curve, it looks surprisingly elegant — if you omit the somewhat garish stand. If you’re a pure PC gamer, the 27GN950’s rear input/output panel will serve you well.

It comes with one DisplayPort 1.4a port that supports DSC (Display Stream Compression) in order to deliver full 4K, 160Hz, 4:4:4 RGB support when using an RTX 20-series GPU or newer.

The main drawbacks are its contrast performance, an unimpressive stand, and the distinct lack of HDMI 2.1, which is a strange omission considering LG has been including it on its OLED TVs since 2019. This makes the panel mostly suited to PC use, as the next-gen consoles won’t have enough bandwidth to push into high frame rates. If you need a monitor for both work and play, and it has to be 4K, the LG 27GN950 is a great option to consider. 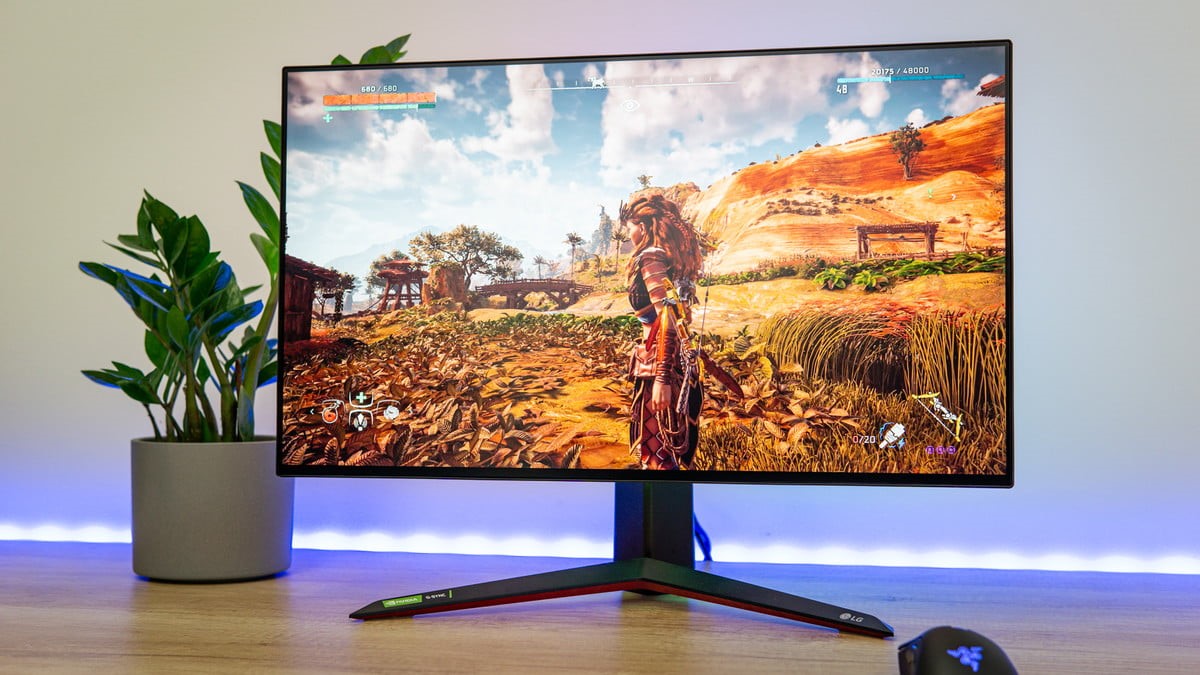